3-DAY RING TREKKING, WHICH TAKES US AT HIGH ALTITUDE AND MAKES A SPECTACULAR CROSSING ON THE CREST THAT DIVIDES THE WESTERN SIDE OF THE SMALL CONCEI VALLEY, KNOWN AS THE GREEN LUNG OF THE VAL DI LEDRO BECAUSE OF THE DENSE FORESTS THAT COVER IT.

The trek starts from the village of Pieve di Ledro and leads us to discover the Concei valley and its pastures and fields, along the naturalistic path at the bottom of the valley. At the Al Faggio hut, where we stay overnight, there is the oldest tree in the Ledro Valley, a 30 m long beech tree centuries old.

The second day we go up to the Bocca (gape) dell'Ussol, to then ride the ridge which in a clockwise direction, touching the peaks of Gavardina, Dosso della Torta and Monte Tofino, finally takes us to the Nino Pernici hut at the Bocca di Trat. Along the way there are important traces and testimonies left by the Austrian army during the Great War.

On the last day of trekking, we return to Pieve di Ledro with a path initially at high altitude, on the side opposite the watershed with the Concei valley; we look out over the Garda side, passing through the valley of pastures between Monte Tomeabru and Cima Pari, where Malga Saval is located. Leaving the Malga behind, the descent on the Ledro side begins, with a view of the lake and the town of Ledro.

The total itinerary length is about 27.5 km, with a total positive and negative altitude gap of about 1840 m.

E - hiking level
Itinerary on clearly visible paths or tracks, usually with signs. It can have steep sections; the exposed sections are usually either protected or equipped. It can include easy passages on rock, which are not exposed and which in any case do not demonstrate mountaineering.
Recommended for: people with average training, couples, families. 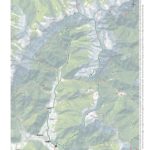 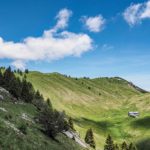 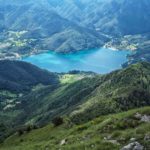 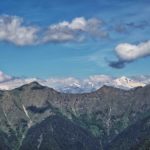 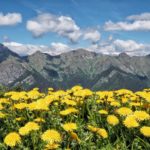